January has been quite productive around here, I started the month by implementing my saving system, which would also come in handy because now that I have all the chapters in the game I wanted to do some testing with an entire playthrough. 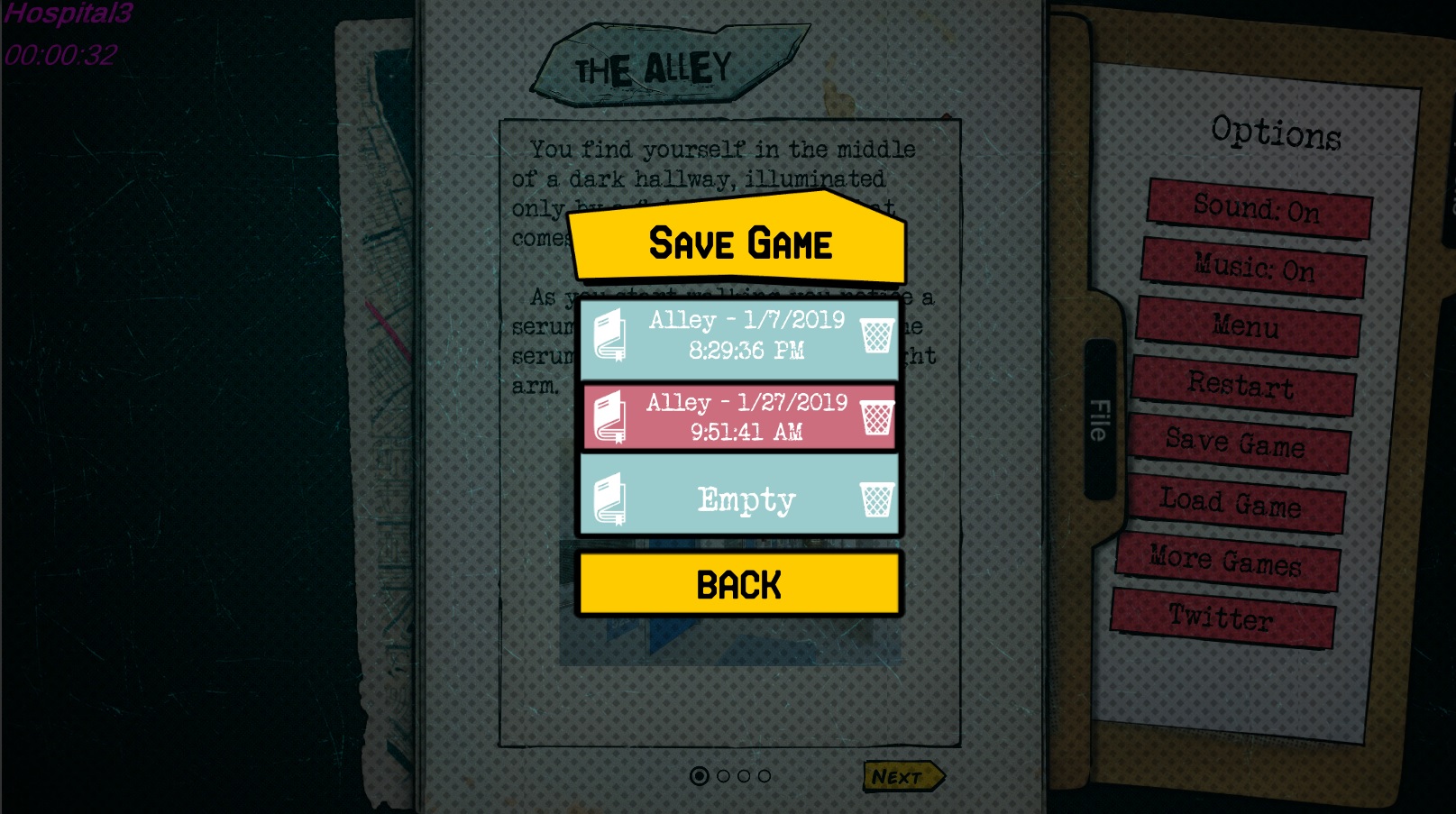 This is not the final  UI, but is probably close to the final version. There will be 3 different slots for now, but given the amount of different paths I'm considering adding more, as well as a way to edit the name of the saved  data.

Another big thing I've been working on is the Flashbacks. If you played the Blackout demo you probably encountered a flashback, they are basically a scene where the character recollects a piece of memory connected to what caused him to blackout.

In the demo this flashbacks were basically represented by a scrollable text on a different background, but I wanted to do something more special because they are core to the story. So what I ended up coming up with is something that makes it look more like a comic book, and also more intractable.

Here's a piece of one flashback, but please keep in mind that the assets are all placeholders and things are not properly animated yet.

The  dialog moves along as the player clicks, and there are also sound effects and ambiance, which really makes a ton of difference in some of the scenes.

Let me know what you think, and if you have any suggestions!